Well renowned for Itar or perfumes, the flower city of Palanpur boasts of a rich and speckled heritage.  Even with extensive modernization, the people of Palanpur have been able to preserve the varied customs and traditions of the ancient past.

The people of Palanpur are simple and very hard working. As most of them follow Jainism, the people are peace loving with a firm belief in ahimsa or non violence. They are not only artistic but also very enterprising. The region is popular for diamond merchants.

Hinduism and Jainism are the prominent religions in Palanpur. Most of the Hindus follow Swaminarayan Hinduism or Vaishnavism. A few Zoroastrians also known as Parsi and Irani, are seen in Palanpur. 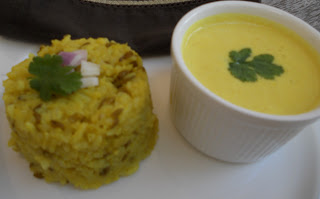 The people of this region are generally vegetarians. They enjoy simple food of khichdi kadi and bhakri- shak. As wheat, maize and bajra are the prime crops cultivated in the region, they form an integral part of the Gujarati platter. Diet mainly comprises roti, rice, lentils, vegetables and butter milk. Read More............ 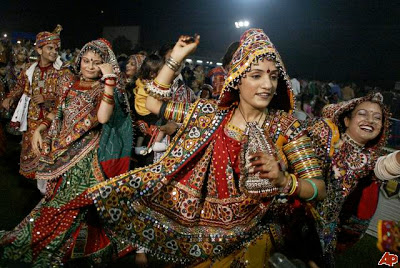 The popular folk dances prevalent in this region are Tippani Nritya, Padhar Nritya, Siddi Dance, Dangi Nritya and other local tribal dances. Apart from these, some folk dramas are also practiced in Palanpur. Bhavai is one of them.

Dandiya Raas
Being a special aspect of the Navratri festival, the Dandiya Raas is the most popular dance of this region. As sticks are used by the performers, the dance is known as Dandiya Raas.

Garba Raas
Also known as Lasya Nritya, the Garba is a famous folk dance performed by women in reverence to Ma Jagdambe, the Mother Goddess. It is believed that Garba was promoted by Usha, the grand daughter-in-law of Shri Krishna.

Ras Dance
This particular dance form is derived from the Ras Leela performed by Lord Krishna in Vrindavan and Gokul. It is typically performed by a group of young people who dance in a circle to the beats of Dhol, Cymbals, Zanz and Shehnai.

Widely known as sugam sangeet, the folk music of Palanpur is very rich and versatile. The musicians use various wind instruments like turi, pava and bungal and string instruments like ravan hattho, jantar and ektaro. On the other hand, percussion instruments generally used are manjira and zanz pot drum. Baardic music is a popular form of folk music. Other forms of folk music include doha, chhand, bellads and sorathaa. 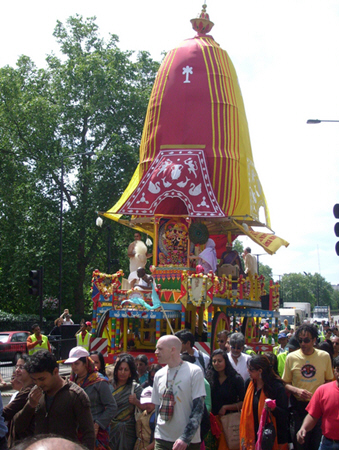 Bhadra Purnima
Popularly called as the Ambaji Bhadra Purnima, this festival is celebrated with much zeal and vigor.

Modhera Dance Festival
It is primarily a dance festival that showcases different types of traditional dances of the region.

Rath Yatra
This festival is celebrated with much enthusiasm. Huge wooden chariots are prepared along with the idols of Lord Krishna, Lord Balaram and Goddess Subhadra. Devotees observe fasting and prayers.

Navratri
It is considered as the prime festival of Palanpur. Navratri is celebrated to worship the nine manifestations of Mother Goddess. Dandia Ras and Garba are the main attractions of the festival. 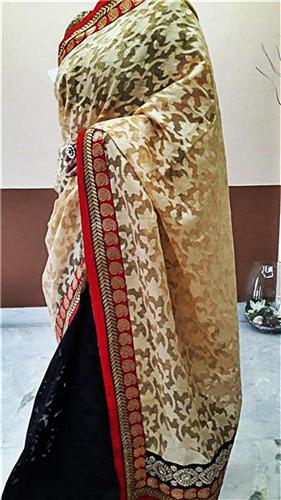 The skilled craftsmanship of the people is revealed in the handicrafts of Palanpur. Some of the popular ones are brass items like fine beetle nut crackers and copper coated iron bells and terracotta items like long necked terracotta figurines of Gora Dev (tribal Horse-God). Apart from these, the region is known for silver engravings and ornaments. Embroidery is another delicate handicraft practiced in the region. Various kinds of embroidery like Bavalia embroidery, Banni embroideryand Rabari embroidery are done on fabrics.  Gold embroidery or Zari is the most prominent one. Kinkhab is a popular item that is woven using gold and silver threads. Another famous piece of craft is the Patola saree. Patola silk is regarded as the queen of silks in India.