* In case of any delay in receiving the OTP, you may verify it later. Please proceed without verification.

Your mobile number is not registered with us. Please register your mobile no.

Palanpur is an ancient city in the state of Gujarat. Though it became the seat of the British later, it was initially founded by Prahladan who was a rajput. Known by the name Prahladanpur, the city has many places of historical significance and is a delight for the tourists visiting the city.

Places of Historical Significance in Palanpur

The city Palanpur is a historical city and has various places of historical significance. Some of such places which can be visited are:

The seven darwaja or the gates were used to protect the city from any attacks. The gates which are now mostly in ruins were called by the names "Delhi Darwaja", "VirBai Darwaja", "Shimla Darwaja","Meera Darwaja", "Malan Darwaja", "Gathaman Darwaja" and "Saalampur". 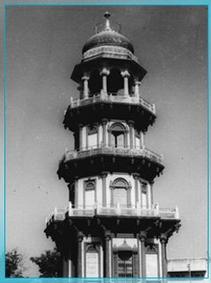 A pillar in the heart of the city which was constructed by Nawab Shri Taley Mohammed Khan in the year 1918 stands tall to salute the glory of the Nawabs who resided in Palanpur. On looking closely one can find a record of the city's evolution i.e. the name of the rulers engraved on it. Maharaja of Bikaner General Sir Gangasinghji inaugurated Kirti Stambh.

Impressed by the British royalty that Nawab Sher Mohammed Khan witnessed during the coronation ceremony of the King George V, he decided to build a club in the year 1913 which was named King George V club. The club which has palatial structure is a beautiful combination of hindu muslim architecture and it is a treat to the eyes. Today one can find a card room, billiards table, two tennis courts and it also has grounds for `playing cricket and football.

A famous jeweler Shri Chandulal Raichand Mehta built the magnificent tower house in the year 1933. The huge house was handed over to Vidyamandir trust by his wife after he expired.  It was converted into a place where children could learn and play.

The huge palace was visited by the Nawabs during summers. The building which was named after the Nawab Taley Mohammed Khan was bought by a diamond trader, and after he died it was donated to Shri Palanpur Shishushala Balmandir and Educational Trust. Talks are on to convert the palace into a museum. Presently the activities of Valmandir trusts are carried out in the building.

The history of this building goes back to the 16th century when the Bihari Pathans of Jhalore moved to set up headquarters in Palanpur in the year 1636. Rajgadhi was the name given to the area in between Moti Bajaar and Kamalpur. This was known to be the residence of the queens who were kept behind the purdah. Attached to the Rajgadhi was the garden meant for the queens to enjoy their time amidst nature. The building is designed artistically. Visitors can enjoy the intricately carved balconies which is a combination of the designs from Rajasthan and Gujarat. One can find proof of the artistic heritage of the city by having a look at the building. 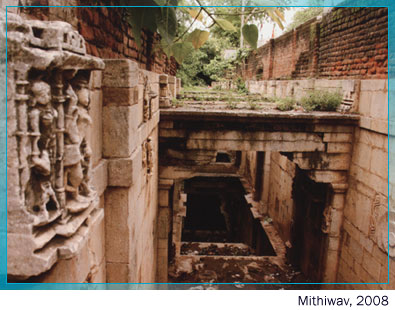 Dating back to as old as 8th century, Mithiwav which is a step well was build when the Parmars were in rule. Visitors are bound to get impressed with the architecture in the well that is similar to the ones that can be seen in Kumbharia, Chandravati and Delvada temples. The walls have been carved with sculptures which are from mythology. 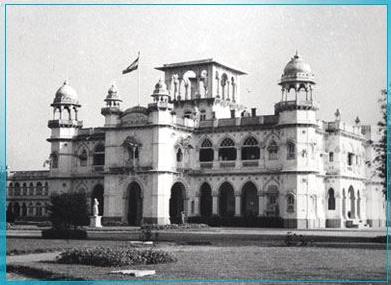 Joravar palace was built by the grandson of Joravar Khan in his memory.  The palace is quite grand and large. It is decorated with fountains, gardens, open air pond and is a must visit for the visitors visiting the city. Presently the palace houses many government offices.

The last Nawab of the city of Palanpur had built this grand palace between 1922 and 1936. Positioned on the banks of a river, surrounded by beautiful gardens and in the middle of a forest, the palace has now been converted into a hotel which has all the luxury that is bound to give the visitors an experience of a lifetime.

Parks and Garden in Palanpur

Here are the parks and gardens located in Palanpur 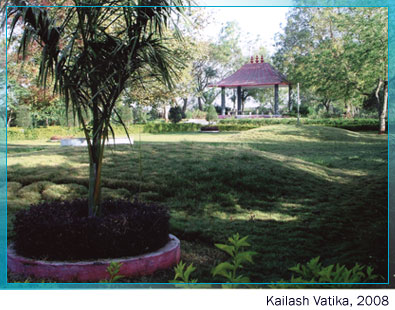 This multipurpose garden was built in the year 2005, which was known as the urban development year as per the Gujarat government. It is a must visit for the visitors. Also know by the name Law garden, it is situated on the banks of Lake Manasarovar. The garden has lots of greenery all around  with a large  variety of trees and flowers of various hues and colors. It also has sitting arrangements with garden umbrellas made for the relaxation of those who wish to sit and enjoy the beauty all around.
Many people of all age groups can be seen doing exercises, pranayams or simply walking or going for a jog to keep fit early in the morning or during evening time. The garden also has a separate children’s park where kids of all age group can have fun.  In other words, the garden with all its facilities rightly serves the purpose for which it was set up i.e. providing a source of entertainment or relaxation for residents and the visitors amidst a green environment situated within the city.

The park was build to show respect to the Nawab on his second marriage to the daughter of an Australian businessman in the year 1939. The garden was originally named Jahanara, the name which was given to the wife of the Nawab after marriage. However the garden was renamed after Smt. Shashiben Kanubhai Mehta whose family had donated a huge amount of money for the upgradation and renovation of the garden.

The garden has several plants and picturesque trees. Visitors can walk around the park and admire the natural beauty and also rest in the shades provided by the huge trees. The play grounds are well maintained and are an ideal place for the children to play and have fun. The park is open to all at specific hours of the day and can be visited by the visitors to enjoy amidst nature.

Lakes in Palanpur have been mentioned below: 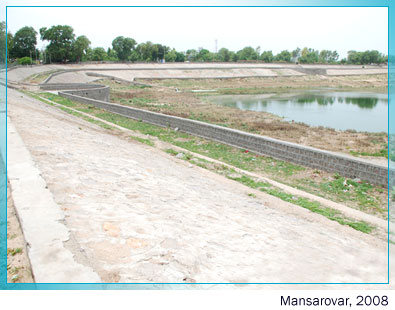 Fascinated by the beauty of queen Manbai, Nawab Mujahid Khan in the year 1628 created the lake by the name of Manasarovar. Apart from the above reason, the lake was also created to provide employment opportunities to those who were poor and needy. The lake gets its water from the river Ladbi and is situated near Balaram Palace. Visitors can enjoy the cool breeze while taking a walk around the lake which has been quite well maintained by the government.

Apart from places of historical significance and a city with parks and lakes, Palanpur also has many temples dedicated to Jainism and Hinduism. Some of the famous Jain temples are Nanu Derasar, Motu Derasar and Pallaviya Parshwanath Temple. Lakshman Tekari Temple, Pataleshwar Mahadev Temple, Mota Ramji Mandir and Old Shiv Temple are some of the temples where the Hindus go to worship.
The tourists are bound to feel a sense of satisfaction with so many varieties of places to explore in the ancient city.