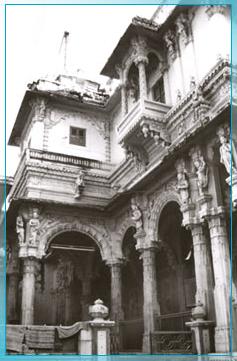 Jain temple is one of the main temples in Palanpur and is also popularly known as Motu Derasar. The Jain temple with its exquisite carvings and beautiful architecture helps to boost and enrich the cultural heritage of Palanpur. Motu Derasar was built by King Prahladan and is a temple of Lord Parshwanath.

The other attraction about this Jain temple is that it has the last existing image of Palanpur’s King Prahladan. The temple faced several attacks during the course of history since it was one of the richest temples at that time and was damaged by attackers but was re-built after every such attack.

According to legend the Parmar clan ruled Abu and King Prahladhan was a member of this clan. One day the King unknowingly melted down a statue, which was a Panchbhutti Jain statue and within a few days of that incidence he became seriously ill and even after trying very hard, doctors were not able to find any cure for him.

Later on one day King Prahladhan came in contact with Acharya Shri Sheetdhawal Maharajshri and implored him to assist in curing this ailment. After hearing the complete story Maharajshri advised him to develop a new city where a large temple should be erected and statue of Bhagwan Shri Parshwanath be installed in the temple. 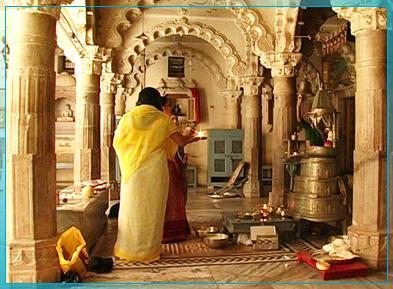 As per historical records during the rule of King Prahladhan, the temple was known to be the richest and because of it was invaded several times for its wealth. At that time Palanpur was also known for its prosperity and one of the well known places in Gujarat.

During the earthquakes that occurred in Gujarat in 2001 and subsequent heavy rains, the Jain temple was severely damaged and room where Pallaviya Parshwanath statue is located caved in but surprisingly, nothing happened to it and it stood solidly at the centre of the ruins. The Government took the decision of rebuilding it and workers at the time of digging came up with 112 Jain statues which was quite an astonishing incidence. This however was second time that such a thing had happened, earlier being in 1966 when twenty seven statues were found during digging.

If you are coming to Palanpur then Motu Derasar or Pallaviya Parshwanath Jain Temple should necessarily be on your list of places to visit. You will certainly cherish the architecture and exquisite carvings seen inside the temple as well as avail the opportunity to see the only available picture of Palanpur’s King Prahladan present at the temple.

Explore more about History of Palanpur